Because Gmail is hosted in the cloud. The annual carbon footprint of a Gmail user can be 80 times smaller than that of an email user at a business using locally-hosted email servers.

Google is becoming more greener day by day. Today if you add their renewable energy and offsets, their footprint is zero. But, this scenario was worst before offsetting their carbon footprint. Google’s 2010 electricity consumption was 2,259,998 MWh.

Google is minimizing their power consumption by designing and building some most energy-efficient servers and data centers that using half the electricity of a typical data center.

So, this are the facts and figure regarding Google’s Green movement. We will update more information regarding green computing, cloud and Google in our upcoming articles. 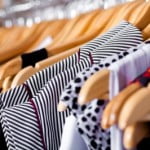 Back to Top
Close
Send this to a friend