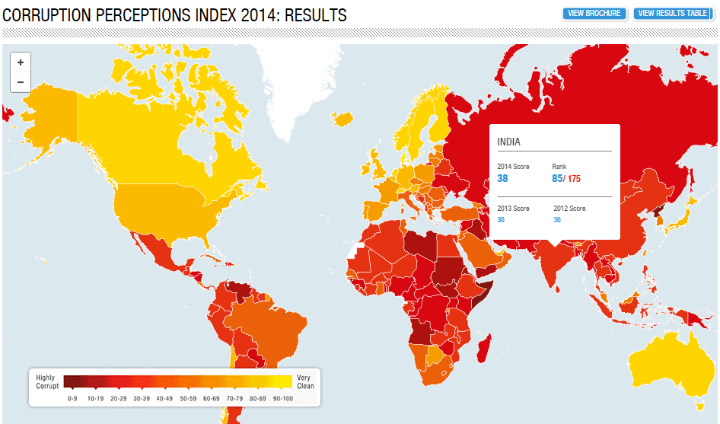 On 3rd December, 2014 Transparency International – the global coalition against corruption has published Corruption Perceptions Index 2014: Results of 175 countries. The result of Asia Pacific region is not at all satisfying, amid promising declaration of – “world’s fastest growing region”. Nearly 61 per cent of the world’s population live in Asia Pacific region but the major countries are lagging behind in their efforts in fighting corruption in the public sector, with 18 scoring less than 40 out of 100.

As per press release:

The Corruption Perceptions Index measures corruption in the public sector, which is accountable to the government. The persistent low scores ask a critical question to the leadership of Asian countries, which have full control of the conduct of its public services. This about the leadership.

For China and India, two countries where new leadership are pursuing anti-corruption drives, the index is a harsh reality check.

Here is the interactive map to look out the score of other countries,