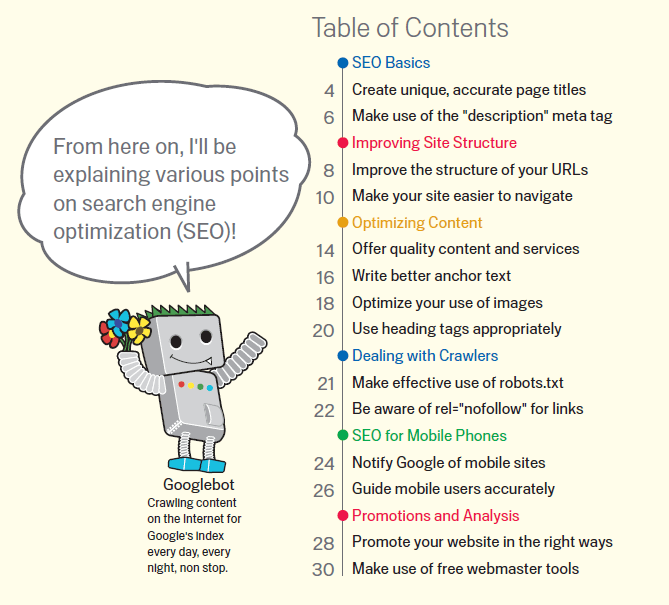 Google had released SEO Starter Guide back in 2008 to solve a question—”What are some simple ways that I can improve my website’s performance in Google?”

Simple, with visual presentation has made the Google SEO guide book a must have for all type of webmasters, because it tells the perfect Google way to get indexed on their search engine.

So, read on this free SEO guide baked by Google and enrich your brain with search engine stuffs.