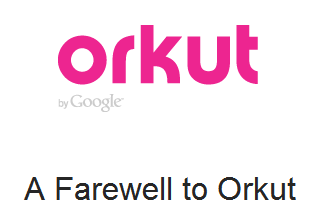 Google is shutting down Orkut on September 30, 2014. Google has explained their reason to shut-off as,

Over the past decade, YouTube, Blogger and Google+ have taken off, with communities springing up in every corner of the world. Because the growth of these communities has outpaced Orkut’s growth, we’ve decided to focus our energy and resources on making these other social platforms as amazing as possible for everyone who uses them.

It took 10 years for Orkut to get out of business.

I have seen many of my friends used to hang on this social tool as today people hang on Facebook! Time of sustainability of such social networking tool is unpredictable. It’s human tendency to welcome new one and through the old one.

Espreson has been in tune with digital media for 11 years, bringing high-quality articles to thousands of readers around the globe.

Back to Top
Close

Hey Friend!
Before You Go…

Get the best viral stories straight into your inbox before everyone else!