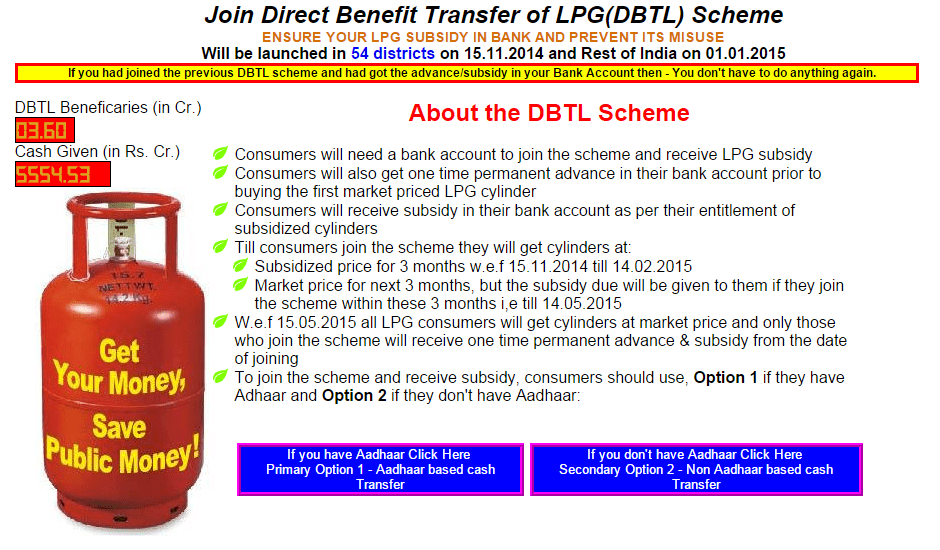 DBTL-Direct Benefit Transfer of LPG is a scheme of Ministry of Petroleum and Natural Gas by Government of India. The scheme let LPG (Liquid Petroleum Gas) consumers receive their LPG subsidy direct to their bank account and prevent its misuse.

Recently government has reviewed the scheme and after examining the difficulties faced by the consumer.

Know more about details instructions on how to proceed on Option I or Option II  [bs_button size=”md” type=”info” value=”Click Here!” href=”http://petroleum.nic.in/dbt/index.php” rel=””]