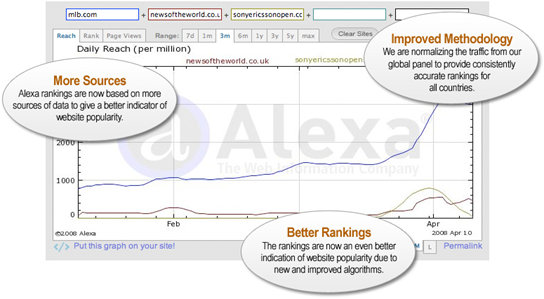 Recently I’ve found that my blog—espreson.com’s Alexa ranking dropped. So, I researched and found that, Alexa has changed its ranking system.

We’ve been working hard behind the scenes for several months and are excited to announce that our new Alexa Rankings system is available.

Although they don’t have revealed the behind mechanism of their new ranking system, but you will experience some shift of ranking from past one.

As you know or not, Alexa computes ranks based on two parameters—reach and number of page views of all sites on the web. Later these two parameters are get averaged and show the rank. To know more visit: About the Alexa Traffic Rankings.

So, this is a big shift for Alexa in their ranking system upgradation.